* In case of any delay in receiving the OTP, you may verify it later. Please proceed without verification.

Enter your City name or Pincode

Jhalod city is administrative headquarters of the Jhalod taluka and lies Dahod district of Gujarat. The town is located at eastern border of Gujarat and is about 5 kms from Kushalgarh Tehsil of  Rajasthan. Jhalod coordinates at 23°06'01?in the North and 74°09'22?in the East. 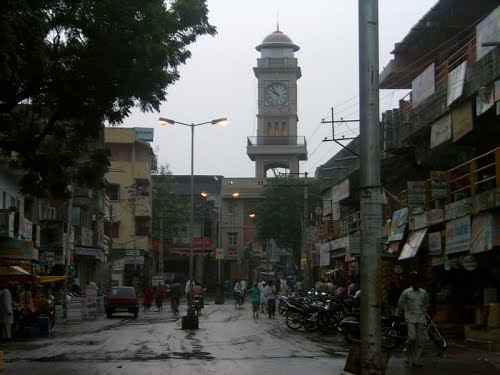 According to the census of 2011, the population of Jhalod was 28720. The female and male population percentagesare 49 percent and 51 percent respectively. The avg. literacy rate of Jhalod is 61 percent which is much greater than the national avg. i.e 59.5 percent. Female and male literacy rates are 54 percent and 67 percent respectively. About 16 percent of the total population falls in the age group of less than 6 years. The local language of Jhalod is Gujarati, Hindi is also spoken by a few people.

During British reign Jhalod used to be one of the “5 Mahals” of Panchmahal Dist. in the Bombay Province. The town also boasts of a petite military fort which was constructed by Marathas. The name Jhalod finds its origin in a king named “Jhala”. Some people think that it was named after the ZalaiMaata temple which is not true. The Jhalod taluka is composed of two territories one belonging to the Jhalod Mahal and the other was of the Sanjeli State.

Jhalod offers its residents with some of the essential services like hospitals, chemists and hotels etc. Hospitals in Jhalod offer the best healthcare services to the inhabitants of Jhalod. Chemists in Jhalod remain open for 24 hours in a day and have a well-maintained stock for all the necessary medicines. Hotels in Jhalod offer a comfortable and memorable stay for travelers with all the modern amenities. Following are some of the very important services available in Jhalod:

Comments / Discussion Board - About Jhalod